Going to the limits – with backup

INTERVIEW WITH SEBASTIAN MARZ, ASSISTANT TO DIRK GIERSIEPEN, IN CHARGE OF INTRODUCTION OF SAP LAST UPDATED: 2012 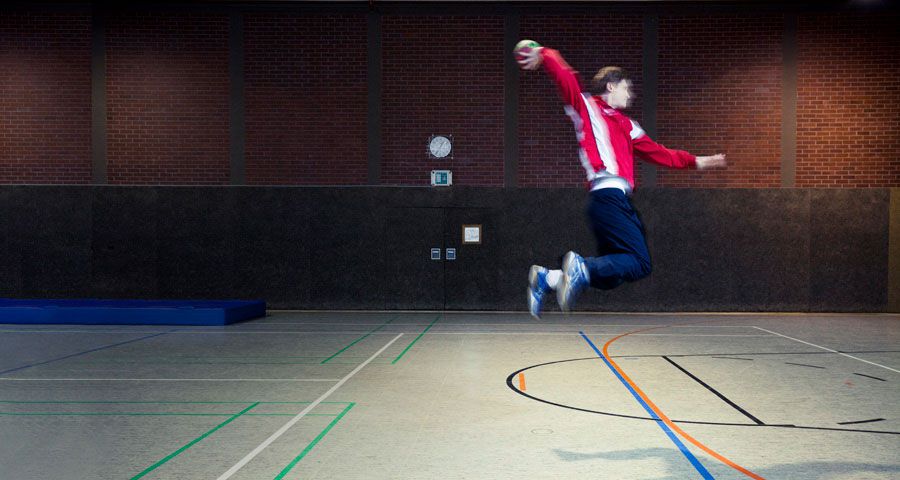 At the age of just 29, Sebastian Marz heads up what might be Gira's largest organisational project: the introduction of SAP as the lead software for all business processes in the company. "No ordinary task", says the industrial business management assistant and industrial engineer, who took over as assistant to the management at the age of just 24. "But one which is easily doable – if the support is there in the company."

Mr Marz, a lot of companies have great respect in particular for the introduction of SAP. Why is that?

SM: From the perspective of management, certainly because of the cost. But employees develop anxieties: due to the adjustment and huge workload involved. The whole system is turned around in every area. A lot of familiar workflows are therefore changed in a project like this. Gira introduced the current software 25 years ago, so you can imagine how much work that entails.

People were saying that companies had gone out of business due to SAP.

SM: When you hear these horror stories, this usually involves companies which were not really very healthy any more and which perhaps wanted to use SAP to optimise their business processes. Nevertheless, a large, ambitious and complex project like this can definitely test the limits of a company.

Doesn't this put you, as a project manager, under enormous pressure? At the age of 29, you are one of the younger employees at Gira.

SM: In this regard, I feel quite a special responsibility for my colleagues and also for the whole company, I know what depends on it. There are moments when it goes beyond the pain threshold.

How do you and Gira deal with that?

SM: In this situation, it's important that there are people who help me to see things from a different perspective or even to take a step back. Since the beginning of the project, I have had access to an experienced external consultant who supports me in difficult issues. I also have fixed contact partners in management and the HR department who I can count on.

What are some of your specific tasks in the project?

SM: It's actually the classic project management task, only on a very large scale. At the beginning, we set up the project structures in a smaller group, then we worked on budget planning and scheduling. If a sub-project has problems with the service providers, whom we commissioned for the introduction of SAP, I provided support for troubleshooting. I also provided support for test cases in order to ensure the integration of the system together with the sub-project managers.

Towards the end, it gets really exciting, doesn't it?

SM: Yes, for at some point, together with my colleagues I have to make a recommendation to management about the go-live decision, after which Gira starts working fully with the system. It's important to weigh up the risks very precisely. Operations must continue to run smoothly so that our customers can be supplied seamlessly. This has top priority.

Find out more about project management at Gira 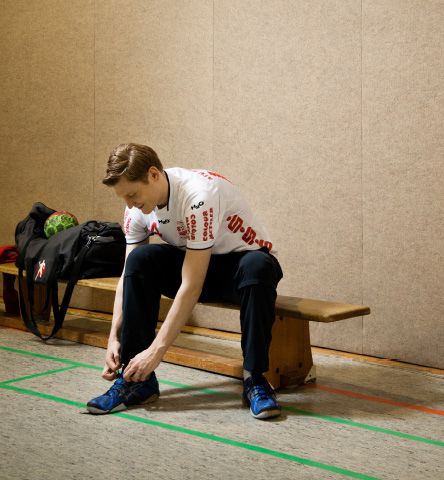 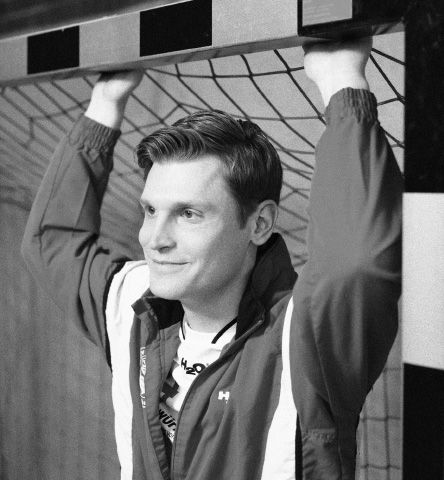 Sebastian Marz finds a balance to his thoroughly sporty professional life in handball, usually at least. "At the moment I am holding back from playing, because if I were to sustain an injury tight now and end up in hospital for two weeks with a torn ligament, for example, this would not be beneficial for the project."

Your project team runs through the entire company as all areas are affected. What magnitude are we talking here?

SM: It varies. The core team is made up of ten sub-project managers and around ten people from IT. Sometimes around ten process experts are called in and in peak periods, in which mass tests are performed, there are sometimes 50 to 60 people working on the project at the same time.

What is the biggest challenge for you personally?

SM: There are two things. First, the complexity of the entire system. Just-in-time production poses huge challenges for the SAP system, for example with regard to troubleshooting. Getting people on board is another huge challenge. I consider this to be one of the most important steps of all. There is a really a lot of anxiety in the room, which we have to get rid of.

How do you deal with that?

SM: We have developed a very extensive training concept and set up various training rooms. First of all, the so-called in-house multipliers learn how to use the system, they then pass on their knowledge. We also work with a special software tool, which records different processes that can later be called up again at the workplace as a reminder.

How do you manage to keep people together in this huge project and not miss anything?

SM: We have regular meetings with the sub-project managers and have set up project rooms near to the areas in question so that the employees don't have to go very far to meet up. To this end, we always seek close contact to the works council so that we can keep an eye on the concerns of the employees involved. The situation we have here is very good. We meet up every two weeks and speak to each other openly.

Do you sometimes have to work overtime?

SM: Time demands made by the project are certainly very high. In peak periods, when showing full commitment to Gira, you have to take care not to overdo it. At Gira, colleagues are sometimes so enthusiastic about a topic that they forget about a lot of what is going on around them. There is a certain element of risk here, and that's why it is important to hear the employer say: We will look after you. We can talk about these things openly here.

Didn't you have a healthy respect for this project at the beginning? You most certainly guessed that you would be given a lot of work, and yet you were also still in the midst of final-year project stress.

SM: At first, I was a bit overwhelmed, but I think this is normal at the beginning of a project like this. I was also already involved in the SAP project and so knew more or less what what was awaiting me. There were things that didn't go so well in the past, but after a discussion with management and the HR department, I got the support I needed and also the security that I needed. I have to say that when Mr Giersiepen makes a statement and even if it is only a verbal one, then you can count on it.

If you now had to sum up, what would you say?

SM: I would say that you develop a great deal in a phase like this. Clearly, I reached my own limits, but I also learnt a great deal. The project has already been running for over 18 months now, and there were situations in which I felt quite uncomfortable, which, however, are no longer a problem now.

What kind of situations?

SM: For example, leading discussion groups with large groups of people and discussing critical topics with considerably older and more experienced colleagues. Or situations in which I clearly defended the interests of our company to the management of external project partners.

Do you still have a positive attitude to it?

SM: Yes, I am a person who likes dealing with new tasks, who enjoys adding that little bit extra. I am also lucky to have a direct line to Mr Giersiepen, I value him as an employer. Then you are happy to do a bit more than would be "necessary". This also applies to most of my colleagues.

Born
1982
At Gira since
2001
Training
as industrial business management assistant
Studies
From 2005 to 2010 Sebastian completed a part-time continuing educational course as an industrial engineer.
Career at Gira
After his training, Sebastian Marz worked in business administration for around two years. He has been assistant to Dirk Giersiepen, Gira's Managing Partner, since 2007. Parallel to this, he has been in charge of the introduction of SAP in the company since August 2010.